Difference between revisions of "Mustafa Altun" 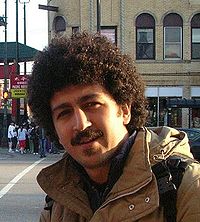 I am a Ph.D. candidate in the Dept. of Electrical and Computer Engineering at the University of Minnesota, Twin Cities Campus. I am pursuing research on computing models for emerging technologies. I also have a particular interest in combinatorics, more specifically hypergraphs.

As current CMOS-based technology is approaching its anticipated limits, research is shifting to novel forms of nanoscale technologies including molecular-scale self-assembled systems. Unlike conventional CMOS that can be patterned in complex ways with lithography, self-assembled nanoscale systems generally consist of regular structures. Logical functions are achieved with crossbar-type switches. Our model, a network of four- terminal switches, corresponds to this type of switch in a variety of emerging technologies, including nanowire crossbar arrays and magnetic switch-based structures.

In his seminal Master's Thesis, Claude Shannon made the connection between Boolean algebra and switching circuits. He considered two-terminal switches corresponding to electromagnetic relays. A Boolean function can be implemented in terms of connectivity across a network of switches, often arranged in a series/parallel configuration. We have developed a method for synthesizing Boolean functions with networks of four-terminal switches, arranged in rectangular lattices.